MSgt Estelle Kester currently serves as the First Sergeant for the 914th Security Forces Squadron at Niagara Falls Air Reserve Station, New York. She serves as the commander’s advisor on personnel programs, enlisted career progression, enlisted Professional Military Education and unit training, financial matters, housing and recognition, as well as provides support to Airmen and their families to ensure a mission-ready force. She provides leadership and guidance to supervisors and members enabling them to resolve problems and complaints at the lowest level, as well as corrects conduct prejudicial to good order and discipline.

Beginning her military career on active duty in the United States Air Force, Sergeant Kester attended the Aerospace Control and Warning Systems Apprentice course in July 2001 and graduated September 2001. Her first duty station was Davis-Monthan Air Force Base, Arizona, where she served as both a Radar Offensive and Defensive Duty Technician. She later transferred to the Texas Air
National Guard in 2004 via the Palace Chase program serving as the training manager for the 136th Medical Group. During that time, she also worked as an Intelligence Analyst for local and federal law enforcement with the Counter Drug program. In 2013, Sergeant Kester retrained into the paralegal career field and later became the 136th Airlift Wing Law Office Superintendent, responsible for the management of the legal office consisting of two Staff Judge Advocates and two paralegals. She served as the full-time Unit Training Manager for Wing Staff Agencies from January 2013 to November 2015.

During her time as a Unit Training Manager, Sergeant Kester was transferred to the 136th Force Support Squadron where she assisted the Wing Training Office in the execution of the Air Force Training Program throughout the Wing. MSgt Kester has deployed in support of Operations ENDURING FREEDOM and IRAQI FREEDOM. Prior to her current assignment, MSgt Kester served as the Group Training Manager for the 301st Mission Support Group, Fort Worth, Texas. 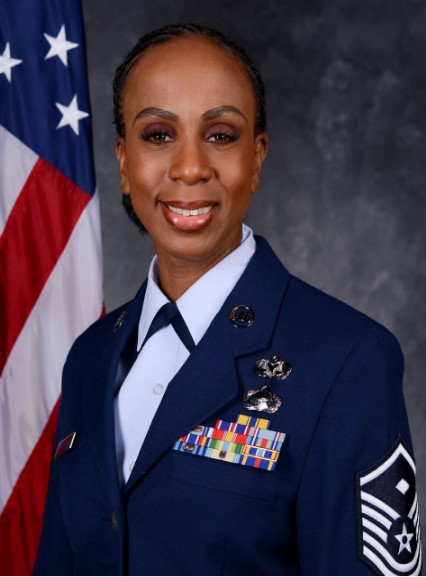