The History of Agricultural Therapy and the Benefits! Army Air Corps personnel from all areas of operation needed a regime of restful activity during World War II. The Corps’ convalescent hospital in Pawling, New York, in cooperation with the Red Cross, used animal-assisted therapy and the men were encouraged to work on the center’s farm with hogs, cattle, horses, and poultry.

After the war, however, it became more cost-effective to buy the food for such facilities than to raise it on-site and there was a significant shift away from the traditional farm-based institution. At the same time, there was a moving of the population away from rural settings, and facilities were more and more based on a medical model of therapy based on curing symptoms rather than treating the whole patient. In keeping with this shift, volunteers rather than medical professionals became responsible for the use of plants and animals in treatment facilities during the 1940s and 1950s. Volunteer garden clubs and horticulture industry members brought flowers and plant-based activities to veterans’ hospitals after World War II.

A horticultural-therapy greenhouse was opened in 1959 at the famed Institute for Rehabilitation Medicine at New York University Medical Center. Recruiting garden staff for support, however, often proved more successful than involving the medical staff. This ultimately led to the recognition of horticultural therapy as a profession.

Boris Levinson published “The dog as a ‘Co-therapist’” in 1962, reporting significant progress with a disturbed child when Levinson’s dog, Jingles, attended therapy sessions. During the 1960s therapeutic riding centers developed throughout Europe, Canada and the United States. The North American Riding for the Handicapped Association (NARHA) was founded in 1969, based on earlier work done in Europe, to serve as an advisory body to the various ‘riding for the disabled’ groups.

Given this background, it is clear that programs related to the use of plants and animals in therapy are seen as beneficial for individuals in treatment or rehabilitation. The greatest focus for these two programs currently is among the aging population. Animal-assisted therapy, however, continues to grow rapidly in rehabilitation for physically and visually impaired individuals, and horticultural therapy is expanding among programs for youth-at-risk.

The activities that are used in effective programs are as varied as the participants, facilities, and professionals conducting the program.

Both food and non-food crops are used extensively within horticulture-based programs. Activities can range from making cuttings of indoor plants to running large greenhouse operations; from working in tomato container gardens to market gardens; from pulling a few weeds to contractual landscape maintenance of large facility grounds.

Animal-assisted therapy is generally conducted on a small scale with pets, or the clients visiting a facility where they can have interaction with small animals including rabbits, ducks, and chickens. Animals in pet types of programs, compared to the farm programs, are treated as non-production animals. Hippotherapy focuses on riding horses and requires space for the animals as well as the clients.

Farm programs often have vegetable gardens and large animals (cows, goats, llamas) as well as small ones. While some may be treated as pets, production, and marketing for both crops and livestock is an integral part of what occurs.

The therapeutic activities involve different levels of responsibility that the client has for the life of the plant or animal. In some, the plants and/or animals present simply a setting that is intrinsically therapeutic but which is completely cared for by others; i.e. Wandering Garden for Alzheimer patients. In others, the plants and/or animals are responsive to the individuals in the treatment program but still completely dependent on others for care; i.e. a visiting pet. In yet others, the plants and/or animals are in danger of being harmed or dying if the client does not fulfill his/her duties in nurturing the life in his/her care; properly making cuttings, watering plants, feeding the animal on a schedule. Lastly, the products and/or by-products of the plant and/or animal are used in treatment programs such as cooking, crafts, shows, and demonstrations, etc.

Some individuals may only experience one level of responsibility within a program while others may experience several levels. This may influence results, in terms of meeting the goals of a specific activity; for example, someone working in the greenhouse making a dried-flower picture from flowers they helped grow, harvest, and dry may respond differently to the activity as compared with someone working in a windowless hospital room with flowers purchased and donated by a stranger.

Despite limited official recognition at this time, the potential for growth in the field of Farming as Therapy (care of plants and animals for therapy and rehabilitation) in the United States is quite significant.

END_OF_DOCUMENT_TOKEN_TO_BE_REPLACED 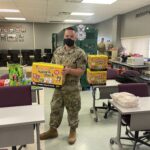